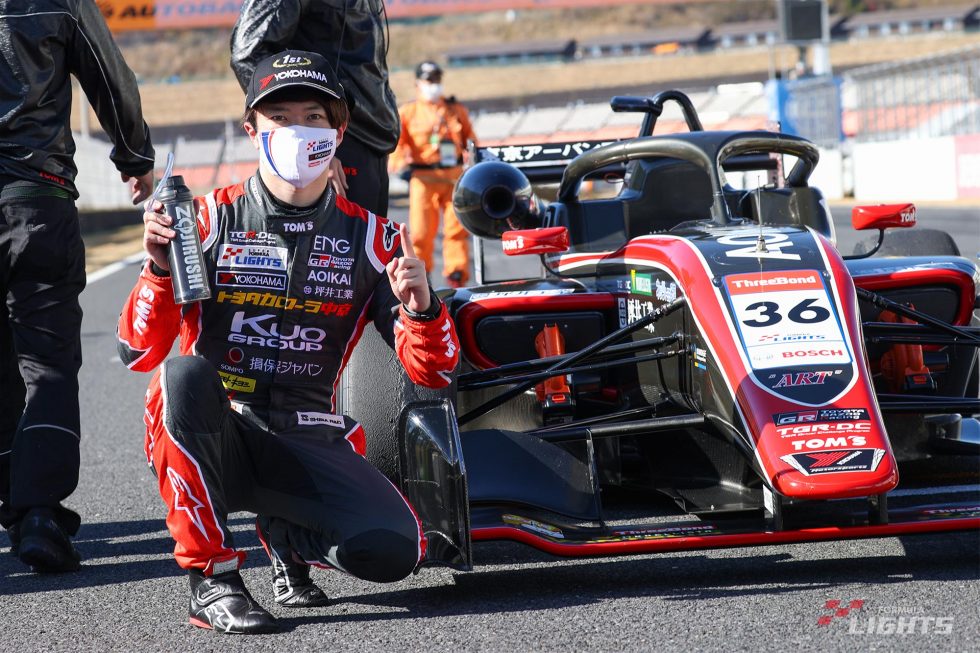 After the 2-day practice sessions the qualifying for Super Formula Lights’ Rd 8 and Rd 9 was held on Saturday at Autopolis under a blue sky.

In each driver’s second attack after pitting it was Teppei Natori (in TODA FIGHTEX) who proved to be in good shape this weekend by drastically reducing his times to 1m36.049.

With 3 minutes and 5 seconds to go before the chequered flag the qualifying was red flagged when Lucca Allen (in Albirex-RT) stopped over the gravel at Turn 16.

In the very limited time left after the restart of the session Miyata set 1m35.493 on a fresh set of tyres to take pole position for Rd 9. Second went to Sakaguchi, who did not opt for fresh tyres. Natori came third. 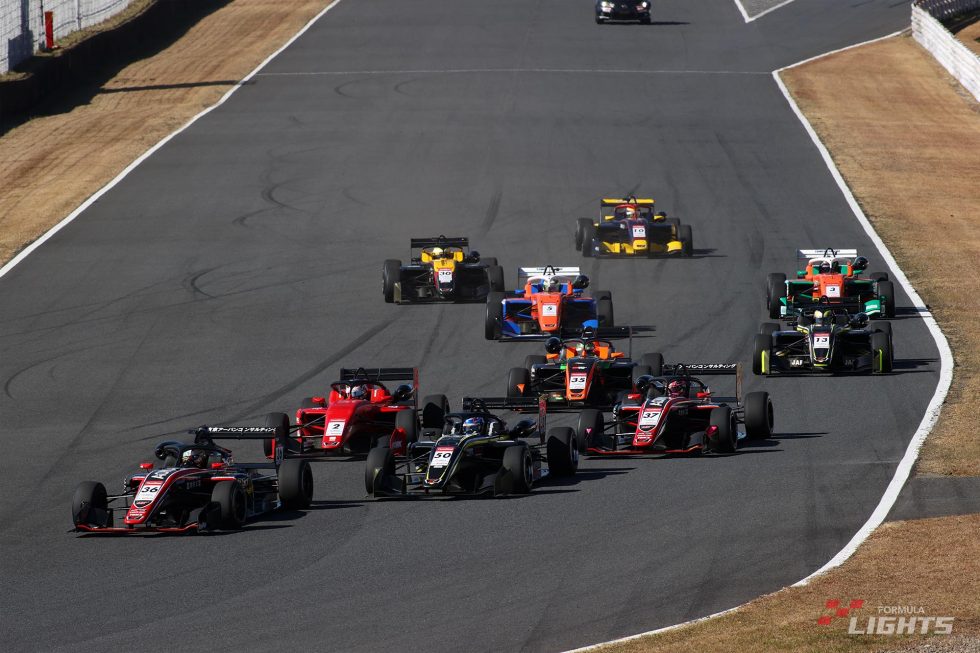 Miyata got the holeshot as the lights went out at 0:45 pm in warm conditions for November. Despite struggling to get up to speed Sakaguchi entered the first corner in second ahead of Natori and Kotaka.

Once posting 1m37.683 on lap two Miyata proceeded to multiply his lead over Sakaguchi, two-seconds gap at the end of lap five extending to more than four seconds at the end of lap 10. As the race was approaching the halfway point the pack of race leaders would gradually spread out with no drams.

However, Kotaka running fourth suddenly dropped off the pace and run out of power at Turn 12, pulling over on the grass just before the uphill Sector three. This promoted Kohno and Ishizaka to fourth and fifth respectively, and then drew attention to which would score the last point, Iriyama or Allen.

Keeping all his closing laps at 1m38 secs level Miyata completed 21 laps to win his seventh victory of the season. Sakaguchi was second and Natori third.

The battle between Kohno and Ishizaka over fourth place went into the final lap, but Kohno shook the close chaser off to finish fourth. Ishizaka placed fifth, an impressive result for the rookie driver.

Having constantly picked up pace over the weekend Allen took the final point in sixth.

In the master class DRAGON (in TEAM DRAGON SFL) led Masayuki Ueda (in Rnsports320) from the start, and despite a Friday’s crash and a trouble in the qualifying, he grabbed his seventh class win of the season with fifth straight victory.

Ueda ran wide at Turn 12 on lap 18, hitting the barrier on the outside into retirement.