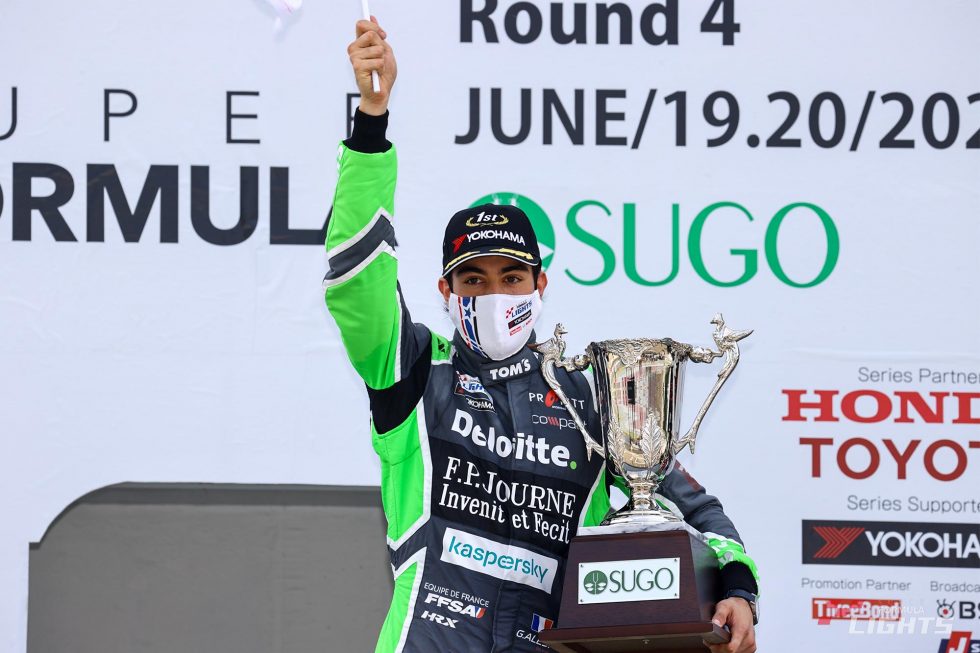 Thanks to RS FINE’s hard work on the RS FINE K&N 320 that was heavily damaged due to the spectacular crash at the start of Rd 11 Shunsuke Kohno managed to make it in time for the pit to close at 3:30 pm and take his fourth place on the grid.

The skies had already become clear by the time the Super Formula’s Rd 4 was started, and the formation lap of Super Formula Lights got underway at 3:45 pm under completely dry conditions. 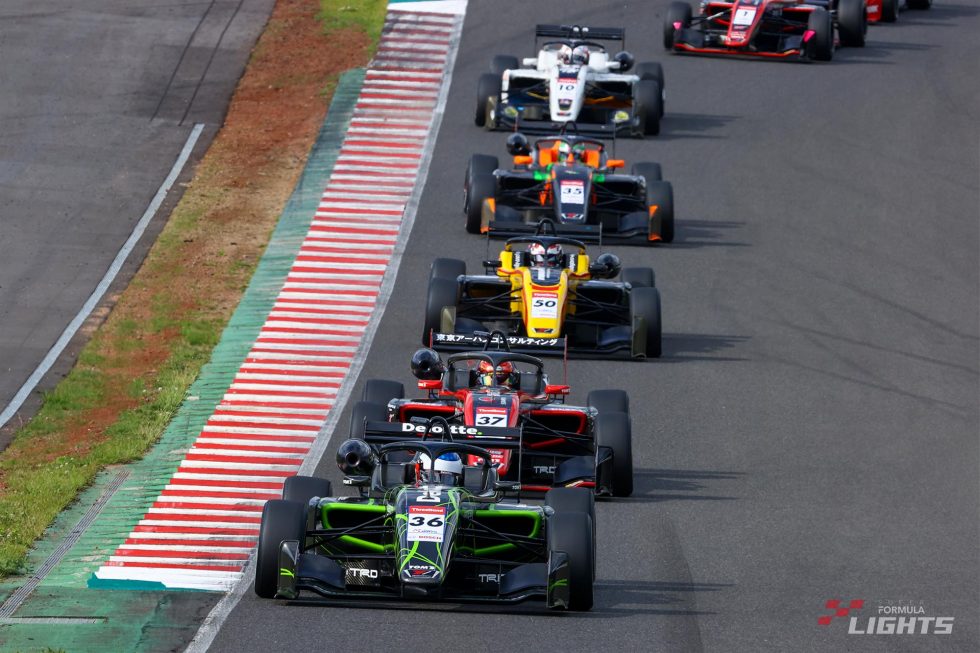 ■ Natori snatches back the 2nd spot from Taira

Alesi got away strongly off the line and leapt into Turn one at the front.

Natori, in the meanwhile, got a sluggish start from second and lost the spot to Taira, but snatched it back at Turn one on lap two and set the fastest lap of 1m14.745 a lap later before getting onto the tail of Alesi on lap four.

Right behind Taira in third a close battle was fought with Kohno leading Atsushi Miyake (MAX RACING 320) and Ren Sato (TODA FIGHTEX), who were subsequently joined by Seita Nonaka (Kuo Corolla Chukyo TOM’S F320), and then Taira on lap four to go into a five-way scrap over the last podium position.

As the race neared the halfway point the gap between Taira and Kohno began to open up, which Miyake did not miss. The Rounye-Sports driver passed Kohno on lap 10 and proceeded to close in on Taira, leaving Kohno under mounting pressure from Sato.

Now the field featured battle over the last podium position, three-way scrap among Kohno, Sato and Nonaka over fifth place and the lead battle, where Alesi was gradually extend his advantage over Natori. 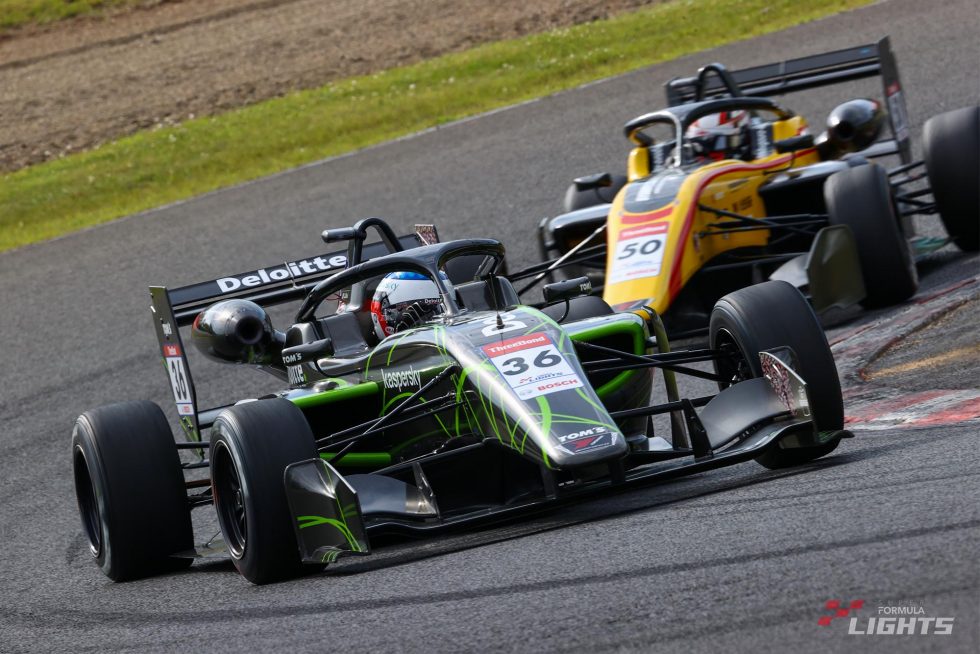 None of these battles, however, resulted in an overtake because of minor troubles, turbulence from cars ahead and so on, and the race eventually went into the final lap on lap 19 without major accidents, with Alesi clinching his second win of the season ahead of Natori.

Taira fended off Miyake to wrap up the Sugo event with three consecutive podium finishes.

Withstanding the late charge from Sato, Kohno held on to the fourth place to repay the team’s efforts.

Masayuki Ueda (MAXRACING RN320) led the master class after making several places at the start, but was caught by Nobuhiro Imada (JMS RACING with B-MAX) and DRAGON (TEAM DRAGON B-MAX 320) racing as one of the championship drivers in 2021, on lap seven.

The close three-way battle was decided when Imada overtook Ueda at Turn one on lap 12 to take the lead, which he would hold until the end to mark his seventh win of the season. 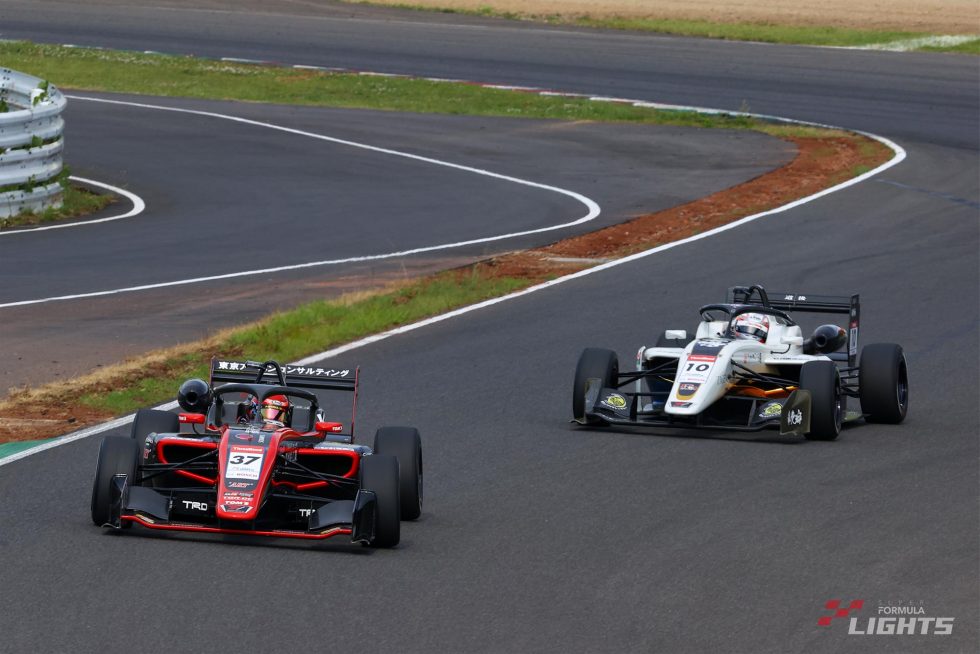 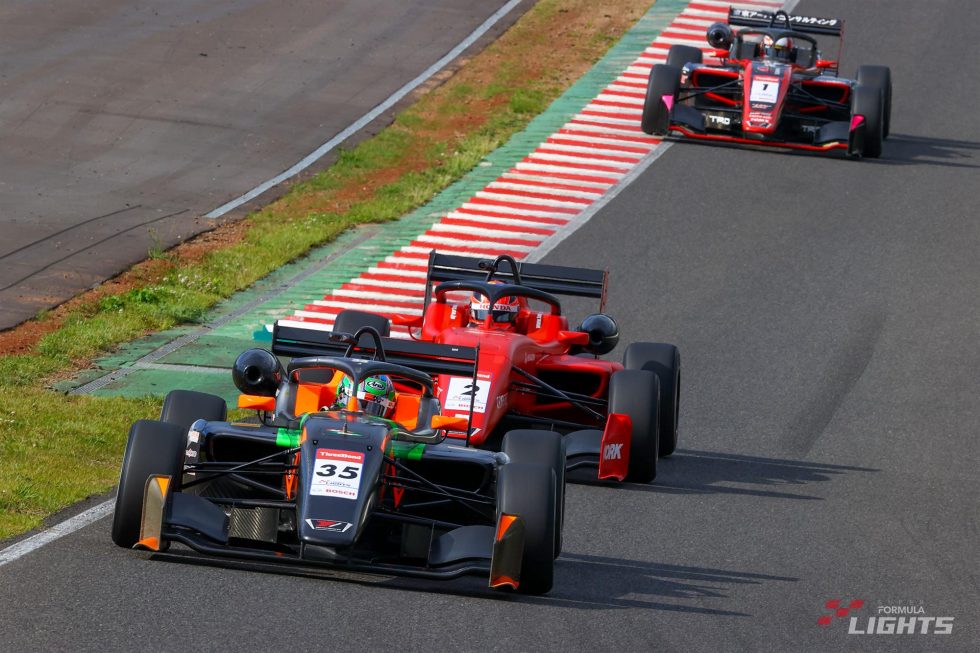