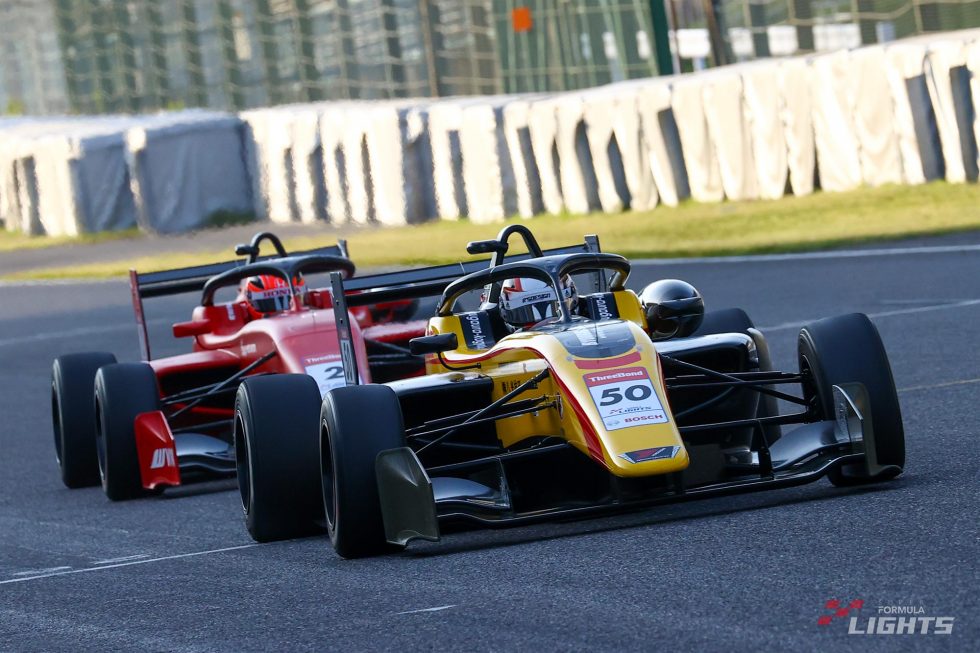 Battle of Natori and Sato

After putting in some quick lap times in his final runs Teppei Natori in Byoubugaura B-Max Racing 320 claimed pole position for Rd 4 and Rd 5 with 1m51.296 and 1m51.677 in the qualifying that was unusually held on Friday.

Seita Nonaka (in Kuo Corolla Chukyo TOM’S F320) qualified second with 1m51.914. “The car was very easy to drive on my final attempt”, he commented. 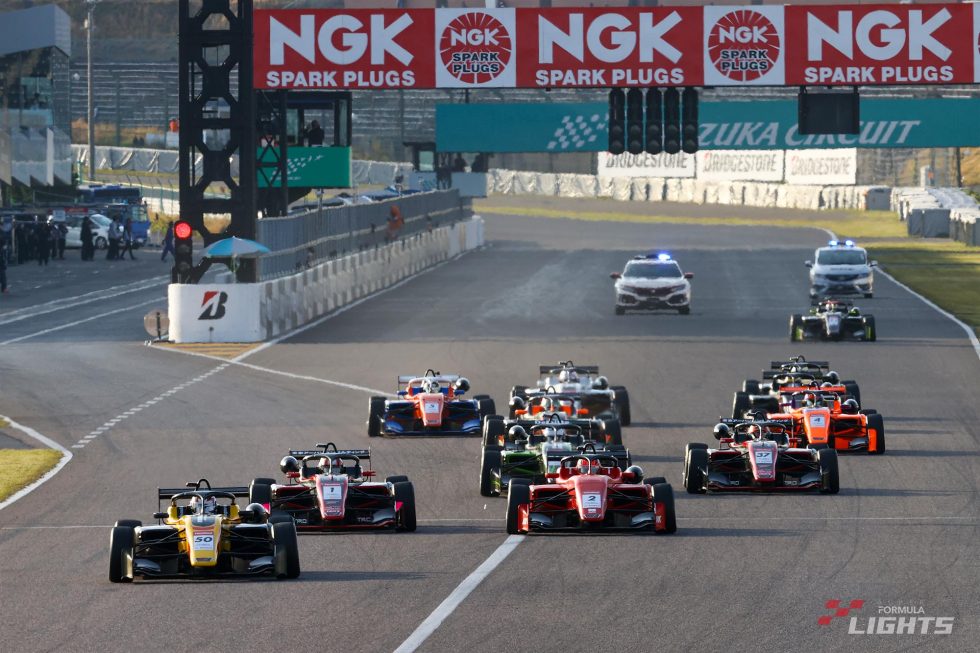 As the lights went out in the late afternoon at 5 pm Natori got a good start for 12 laps, while a bit slow start of Nonaka from second spot allowed Sato to go around the outside of him to get ahead.

Alesi, who had run in the Super Formula’s qualifying just before the race, almost went off the track at the exit of Degner.

With Natori struggling to pull away from Sato the lead battle was so close in the early stages with just 1.030 secs gap at the end of lap five that even a mistake might have swapped the order.

Nonaka, meanwhile, saw his gap to the lead two opening up.

Once the race passed the halfway point several drivers would suffer offs or spin at a turn.

DRAGON (TEAM DRAGON B-MAX 320) running tenth lost his tyre on the outside dirt at Degner and went off on lap six. Right after that Takashi Hata (A-NeKT with B-MAX 320) also went out of the turn, where Nonaka tripped and Tsubasa Iriyama (Albirex-RT) in eighth spun a lap later.

Nonaka managed to return to the track in fourth behind Alesi. Having lost several positions at the start Atsushi Miyake (MAX RACING 320) played catch up to get onto the tail of Nonaka in the closing stages after passing Shunsuke Kohno (RS FINE K&N 320) on lap eight. 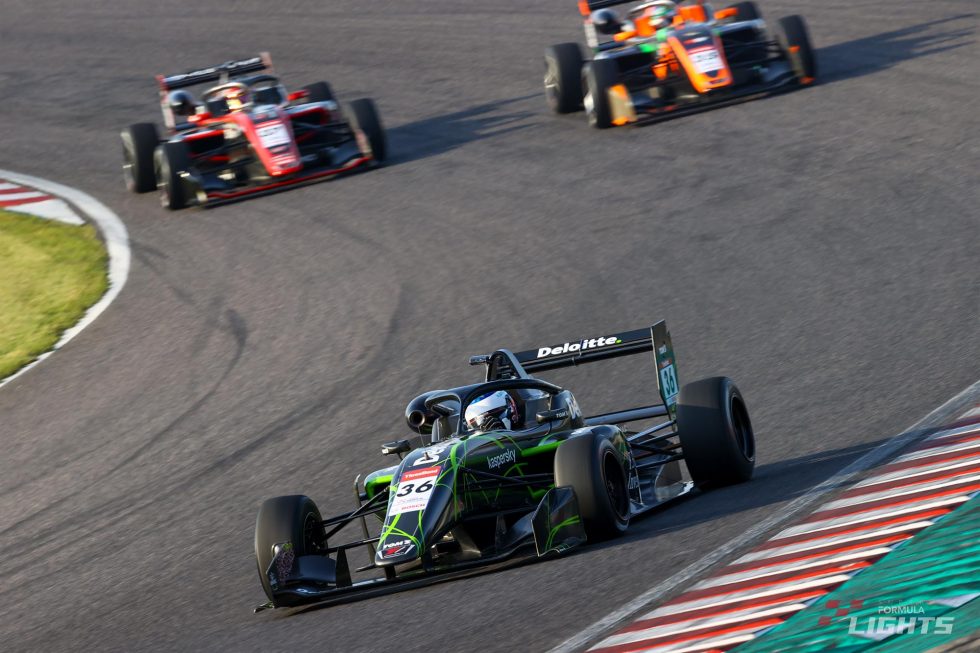 The tense lead battle headed into the climax of the race. With just a couple of laps to go Sato got the gap down to less than a second, closing right on to the Natori’s tail at Hitachi Astemo chicane on the penultimate lap before catching up with his rival at Turn first on the final lap.

Sato went side-by-side in an attempt to pass on the outside on the run to Turn two, only to brush the Natori’s rear, as the B-Max driver slightly ran wide, and send himself off to hit the barrier. The contact would be judged post-race as a racing accident.
Fortunately, Natori barely emerged unscathed to clinch his second win of the season. Alesi was a lonely second.

The fight between Nonaka and Miyake now over the final spot on the podium ended up with Nonaka holding out for third.

Taira and Kohno rounded out the points in fifth and sixth respectively.
Nobuhiro Imada (JMS RACING with B-MAX) won a furious battle with DRAGON to finish eighth overall and mark his third master class victory of the season. 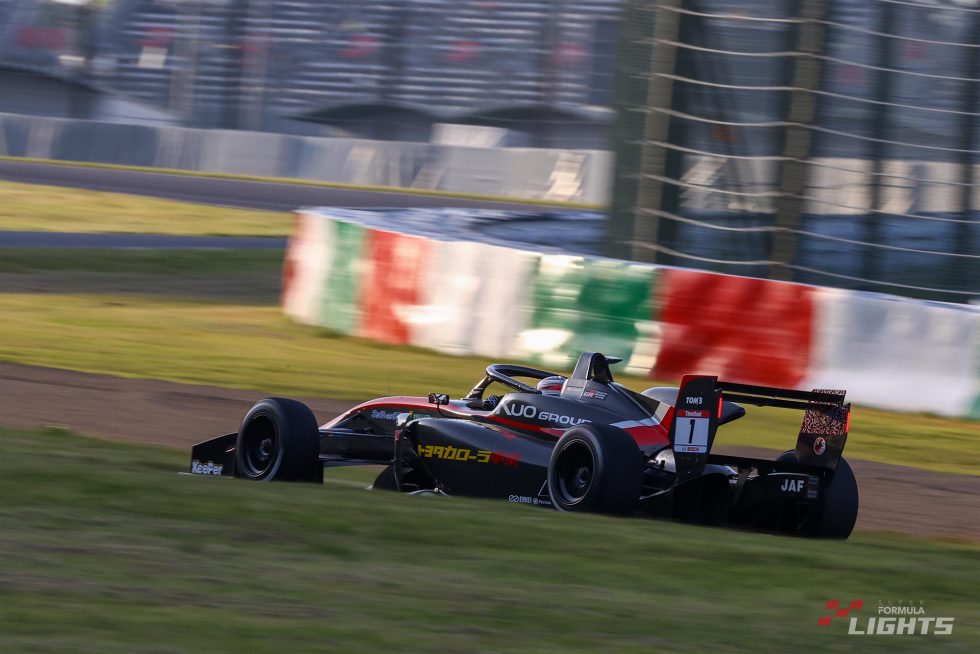 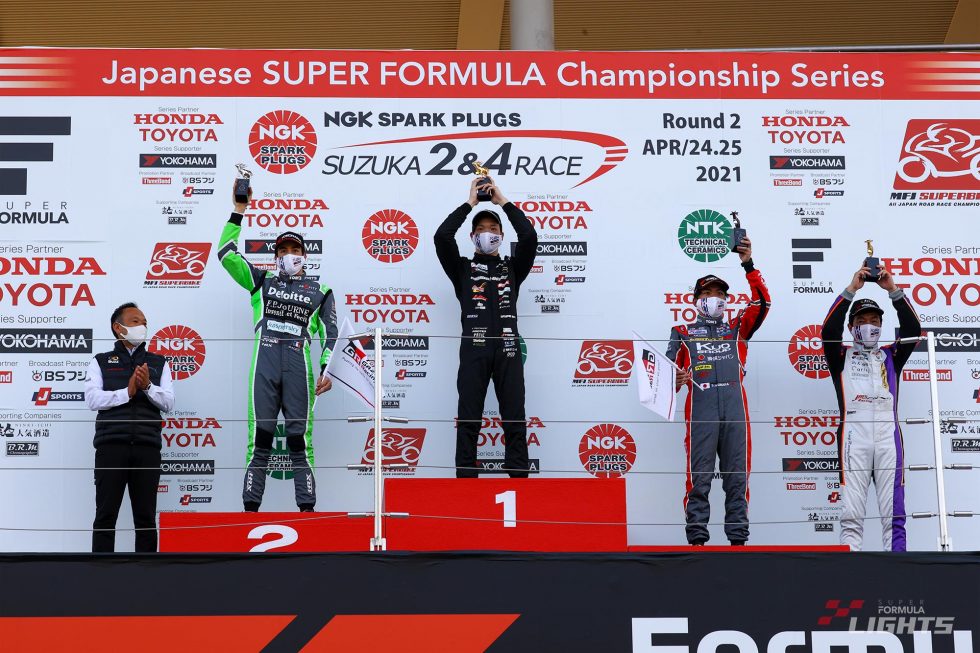